Join us as we celebrate the life of local singer/songwriter Norro Wilson with this Americana festival featuring local bands, food trucks and artisans.

Buy Your Tickets for Norro Fest 2021!

Featuring:
The Josephines (thejosephines.bigcartel.com), who credit inspiration from “run-down honky-tonks, lost love, broken dreams, and empty bottles,” will be NorroFest’s headlining act. This “rowdy quintet of down-home rockers” plays powerful “rough-around-the-edges” music that will make you “dance while you cry.”

Kicking off the day’s music is Nashville’s own Off The Wagon bluegrass band. With their “ragged-but-right charm and good time party vibe,” they have been perennial favorites at venues like The Station Inn, the mecca of bluegrass in Music City.

Alexa Rose (alexarosemusic.com), whose voice NPR describes as “the soul child of Bob Dylan and Dolly Parton,” rounds out NorroFest’s Americana music roster. Born in the Alleghany Highlands of western Virginia, Rose says she “grew up with traditional mountain music in my ear.” Citing Doc Watson and the ancient folk ballads of the British Isles as influences, Rose’s songwriting reflects the importance of storytelling, and “American Songwriter” compares her sonically to Gillian Welch.

Food Trucks and Artisans will be set up at 4:30. Lawn chairs, picnic blankets and coolers are allowed. Proceeds to the mission of the Allen County - Scottsville Arts Council. 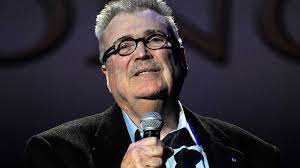 The festival’s moniker honors hometown celebrity Norro Wilson, influential singer, songwriter, producer, “song-plugger,” and record executive. Wilson was instrumental in the careers of Reba McEntire, Kenny Chesney, and Shania Twain, while heavy-hitters like George Jones, Tammy Wynette, and Charlie Rich recorded songs penned by Norro. A member of the Kentucky Music Hall of Fame and the Nashville Songwriters Hall of Fame, the Allen County native was included in the Country Music Hall of Fame’s “Poets and Prophets” series in 2011.

Here is a great article on Norro from NPR. https://www.npr.org/sections/therecord/2017/06/09/532242733/remembering-country-music-hitmaker-norro-wilson

Want to be a part?

Let's chat. Whether you're looking to be a member or a corporate partner, we have a place for you.